By the middle of the 18th Century, lancaster was a prosperous town and port – a main route between the old and the new worlds. Goods from Lancashire and Yorkshire left the port en route to the developing Americas.

As ships grew in size they had difficulties navigating the tricky Lune estuary, whilst to the South the port of Liverpool was growing in popularity.

In an attempt to save the ports of Lancaster and Milnthorpe, merchants came up with a plan for a Canal starting at Kendal running due South to Preston where it would link up further South with the Leeds & Liverpool Canal. This would provide a direct link between Lancaster and Liverpool.

Due to lack of support the original plan wasstalled until in 1790 John Rennie was asked to re-survey and came up with a plan to run due South to Preston, then South-East through Chorley and Wigan to Westhoughton. Rennie based this proposed route not only on trade with the Americas but also on coal from South Lancashire and limestone from the quarries around Kendal and Milnthorpe.

The proposals found favour and work began in 1792. By the turn of the century a Southern section from Wigan to Walton Summit and a Northern section from Preston to Tewitfield had been constructed. The two sections were linked over the River Ribble by a tramway.

By 1819 the Canal was opened through to Kendal and by 1826 a branch to Glasson Dock was ready. The tramway link remained permanent due to the cost of linking across the Ribble Valley and the Southern section eventually became part of the Leeds & Liverpool Canal.

Despite not being linked to the main Canalways, the Lancaster Canal flourished until the coming of the railways.

The Canal Company tried all manner of things to slow the progress of rail but was fighting a losing battle. In 1885 the Canal Company ceased to exist, being bought out by the then London & North Western Railway Company.

The Railway company had continued to operate the Canal but began to face competition from the roads. Canal traffic through to Kendal finally ceased in 1944 with the last commercial load being a consignment of coal from Barrow, via Glasson Dock, to Lancaster.

From Kendal to Stainton the Canal gradually dewatered into the porous limestone on which it was built. In the 1960’s the Ministry of Transport culverted the Canal north of Carnforth to facilitate the building of the M6 motorway. This left only 42 of the original 57 miles of the canal north of Preston open to traffic and denied access to this lovely section of waterway.

In 1923 control of the Canal left to the London, Midland & Scottish Railway then in 1948 to the British Transport Commission due to nationalisation. In 1962 control passed to the British Waterways Board.

In 2012 the Canal passed into the charity sector with the establishment of the Canal & River Trust.

Currently there is a plan to restore the Northern reaches of the Canal up to Kendal, being looked after by the Canal & River Trust and The Inland Waterways Association. 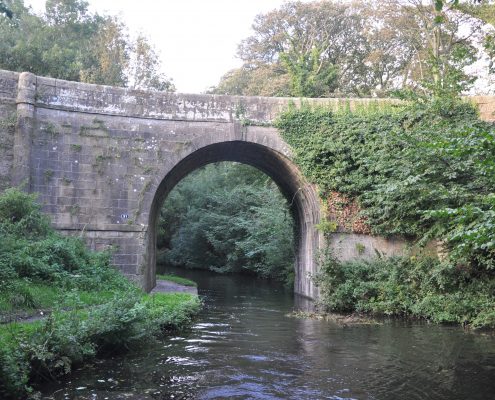